Early adaptors are showing enough cautious optimism that it’s time you become aware of what all the hype is about with Google+, that’s if you aren’t already “building circles” and “hanging out.” 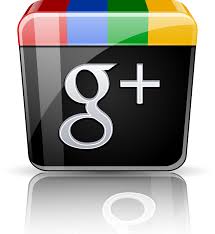 You need to know that in its tiny life span it has already exceeded 20 million users (something that took both Facebook & Twitter 3 years to do). That means Google+ might be the newest entry in the social media ring, but it’s definitely in the “heavyweight” division. It has created a platform that quite frankly melds the worlds of Facebook, Twitter, and Skype.

So Why Would A Business Look To Jump On The Google+ Bandwagon?

Reason #1 – It’s another place to claim your online real estate. If you haven’t already, you should start by setting up a Gmail account and then your personal Google Profile and make it public. If you have one and it’s private, Google may have already deleted it. Not only does Google+ revolve around your Google profile, but once you set it up, it will probably rank at the top of the first page of Google with links to your site, blog, etc. How great is that!

Make sure to fill your profile out with a ton of valuable information about you and your company. By the way, at this point Google+ is set up to work with People profiles only…their business version of this tool is expected to hit later this year, so you need to start by creating a personal profile first.

Reason #2 – Getting in early makes it easy for people to find you. When you launch Google+ you will see that it immediately lists a ton of possible people you might know and within seconds you can drag and drop them into groups called “Circles.” These mean you can segregate and communicate with different sets of contacts from Family, Friends, Co-Workers, Acquaintances, etc. If you join late and people don’t see you or can’t find you, you’re going to be the one doing all the legwork to find them later on. Right now, Google+ has made connecting with contacts even easier in that you can upload contacts – up to a 100 at a time per day.

Reason #3 – It’s a haven of business minded individuals. Google+ is attracting an incredibly high percentage of business people and entrepreneurs. This makes it a great arena for B2B companies and for online networking. I certainly don’t just mean small business owners either. I was immediately able to connect with the likes of Michael Dell and Mark Zuckerberg (Not surprisingly, he isn’t saying much, not to mention that Google+ hasn’t started to verify famous profiles so who knows if it’s really him). Unlike Facebook where you have to put out a friend request and then be accepted, Google+ works more like Twitter, where you can add anybody to your Circles. When that person provides updates, they can choose if they want the world to see it or only certain circles. So it’s a nicely structured online networking haven.

Reason #4 – Your Own FREE Virtual Soapbox and Meeting Space – Google+has a function called a Hangout. It’s got some glitches, so you will definitely want to have a test run before you get too carried away with this. But let’s say you want to share a concept about your business (think webinar) – you can start a hangout and either invite people in your circle or publicly. You can only have 10 people on a hangout at any time, but it’s free and it is video chat. Talk about an inexpensive conference call tool.

You can also use it for meetings with collaborators or to present to prospect. It’s not perfect yet, so be careful on the importance of the presentation, would hate to rely on it for a million dollar deal just yet!

Reason #5 – MOST IMPORTANTLY – It can drive a ton of traffic to your site – Since joining Google+, John was saying he’s astounded with the amount of traffic it’s bringing to the Duct Tape Marketing site. Ventureweb.com noted that 67 percent of its online referrals came via Google Plus in one day. The beautiful thing about this is it’s free! Of course it doesn’t just happen. You need to be active on Google+ in terms of posting, and following people and adding them in your circles to see the results.

So I hope if you are completely new to Google+, I have convinced you to a least take a look at it, and for those of you heavily entrenched, I look forward to connecting and hearing about your discoveries.

Like this article? Subscribe to Cidnee’s FREE bi-weekly marketing tips at for small businesses and also receive a special report on the 7 Steps of Marketing Success. About the Author Cidnee Stephen is the owner of Strategies for Success – a marketing company that focuses on the needs of budget minded small businesses and professional services. She has helped hundreds of small businesses get out of their peak and valley ruts to finally achieve that next vital level of success. Cidnee is also a sought after speaker, writer and blogger on marketing topics that affect small businesses and B2B service based operations.